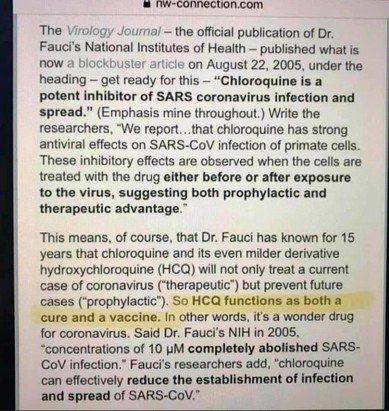 Can't tell if this is someone getting 'en persona' or just someone projecting.. but the irony is amusing

Mueller can decisively answer that query.

Don't you want to know how this season ends?!#WeaponsGradeStupid

The worlds major religions all believe in Angels - Christianity, Judaism, Zoroastrianism, Hinduism, Buddhism and Islam all have their Angels. So as we will be dealing with the angels of the Kabbalah which are primarily from the Jewish tradition. The 72 Angels of God were primarily evolved frtom the Shemhamphorasch, Shem HaMephorash the explicit Name of God), an early Kabbalah, term which was used to designate a 72 letter name for God.

What's Up With the COVID / KOBE Thing?

A lot can happen in a week.. one gets the feeling that some ritual work was undertaken around the impeachment & COVID19 PSYOP push...

One thing is for 100% certain: Regardless of its efficacy, Illuminati & Black Magick Operatives absolutely - and without doubt - encode messages pushed to out to the public through Mass Media. Some say it is encoded messaging, others imply number magick, others imply Predictive Programming ( of which Simpsons is notoriously famous for ), and others think sigil magick....

My vote to all of these is YES... if not consistently, then collectively.

Will the Rothschilds be In Debt to THEMSELVES?

#WordIs that a multi-thronged effort is under way where several countries are:
1 - nationalizing their 'central banks'
2 - dumping bad/toxic debt assets on these 'central banks'
3 - standing up alternative currencies while
4 - pushing 0% and negative rates and
5 - creating obnoxious amounts of debt
6 - only to default on the Rothschild system, leaving them literally in debt to themselves.

This is easier than trying to kill off the entire group ( given they are largely untouchable ) - though I feel some creative thinking would allow for bounties to be place on each... where an annual hunting season would commemorate the day the default was executed (pun intended) - with pointing systems employed in the spirit of History Channel's "Swamp People".

Then portions of the Planetary Wealth that soon ensues, is used  for a Space Force Recon Mission to the Moon & Mars to Cleanse the Universe of all traces of Rothschild DNA - severing the multi-generational curse and demonic conduit it provides.

myself. The people of this planet, following any religion or no religion at 170The Law of One, Book I, Session 17 all, or having no intellectual knowledge at all of the Law of One, can still be harvested into the fourth density if they are of that vibration. Is that not correct?

I am Ra. This is correct. However, you will find few who are harvestable whose radiance does not cause others to be aware of their, what you may call, spirituality, the quality of the mind/body/spirit complex distortion. Thus, it is not particularly probable that an entity would be completely unknown to his immediate acquaintances as an unusually radiant personality, even were this individual not caught up in any of the distortions of your so-called religious systems.

When Jesus of Nazareth incarnated was there an attempt by the Orion group to discredit him in some way?

I am Ra. This is correct.

Can you tell me what the Orion group did in order to try to cause his downfall?

NBCNews.com posted a crap article today ( 4.19.2020 ) that was an apparent Propaganda Piece. The extremely superficial and short article was an obvious wrapper to 3 points:

It is so poorly written that the duplicity is inescapable:

Don't take Hydroxychloroquine with Azithromycin because it is "untested", but the FUTURE vaccine that is also not tested should be encouraged once available.

#1 Hydroxychloroquine with Azithromycin is Not Tested & Dangerous

Saag: We don't have a proven treatment and I think that's essential to understand. It points out how spoiled we've become in the world of medicine. We have so many treatments for so many disorders that we just assume that when something pops up, we can handle this.

Research: Indian Reservations have Fallen to Utter Evil under the Watch of the U.S.

Look NORTHWARD: Indian Reservations where Crime FAR EXCEEDS that of the Police ability to control it so DIA contracts Prisoners for "Policing"

Child rape and sexual assault are an epidemic at a reservation in North Dakota, with most victims seeing no justice.